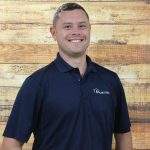 Shawn officially joined the Pillar To Post team as a Partner in September 2020. Together with Jerry & Debbie Black, Shawn will focus on customer relations and education. Shawn understands that you may have a wealth of knowledge, but you must be able to communicate that knowledge in a way that everyone understands. His leadership will help guide our staff, Realtors and most importantly, our clients into a stronger understanding of the Home Inspection Process and our Brand Promise. Previously to joining Pillar To Post, Shawn spent 16+ years in both public and private education in various roles. Most recently, he was a High School Special Education Instructional Liaison for the Rutherford County School system. Along with education, Shawn was a High School Women’s Volleyball coach, but has since retired from coaching High School volleyball after 14 years. Shawn continues to coach an 18U Travel team for Tennessee Performance Volleyball Club out of Franklin, TN. During his free time, Shawn enjoys traveling, camping, watching sports, and spending time with his wife and three kids. 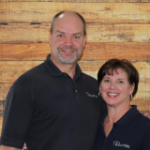 Jerry & Debbie joined the Pillar To Post family in 2001. While Debbie has been the Office Administrator and Manager since 2001, Jerry is fully licensed & trained for home inspections as well as all the additional services we offer. Jerry has worked his way from Inspector to Senior Inspector and then on to Partner. Jerry & Debbie became Sole Owners and Franchisees in 2011. Since joining Pillar To Post, the company has conducted over 15,000 inspections in Middle TN. When not running the business, they enjoy spending time with their son and daughter-in-law & traveling to watch their daughter play volleyball at the collegiate level. 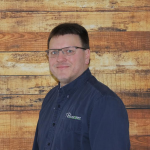 Bart joined our family in mid-2015. Bart comes to us with a background in sales and marketing. He joins Debbie in the office helping to coordinate and schedule inspections and help customers be sure they get exactly what they need during their inspections. Bart also is involved in our marketing, making sure that we stay in touch with our Realtor database. When not in the office, Bart enjoys spending time with his wife and two children. 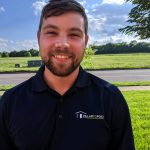 Dylan began his career as a home inspector in 2018 and has completed hundreds of inspections. His attention to detail and customer relations is unparalleled. Prior to obtaining his license, he worked as a crew leader installing residential and commercial awnings. His previous experience and ability to lead, communicate and analyze are all qualities that make him a great inspector. Dylan is a native Tennessean as well as a musician and avid outdoorsman. When not inspecting, he can often be found biking, backpacking, or performing.

Joshua joined the Pillar to Post team in early 2021. With an attention to detail, he loves helping buyers and homeowners make educated decisions about their homes. He moved to Nashville after graduating from Virginia Military Institute in 2006 with degrees in Economics and Business. Joshua has a passion for the outdoors and writing music. He has been a songwriter since before moving to Nashville, with songs cut by artists such as Brent Cobb, Miranda Lambert, and Riley Green. 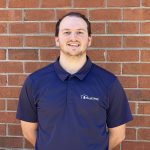 Blake joined the Pillar to Post team in April of 2021. Before joining Pillar to Post, Blake worked a variety of jobs as an account manager, youth pastor, and gymnastics coach. With experience in sales and working with families, Blake understands what a big decision purchasing a home can be. He seeks to provide the best experience for our customers. When not on the job, Blake is with his wife and child or somewhere on a golf course.